WASHINGTON (AP) — More than 100 federal prison workers have been arrested, convicted or sentenced for crimes since the start of 2019, including a warden indicted for sexual abuse, an associate warden charged with murder, guards taking cash to smuggle drugs and weapons, and supervisors stealing property such as tires and tractors.

An Associated Press investigation has found that the federal Bureau of Prisons, with an annual budget of nearly $8 billion, is a hotbed of abuse, graft and corruption, and has turned a blind eye to employees accused of misconduct. In some cases, the agency has failed to suspend officers who themselves had been arrested for crimes.

Two-thirds of the criminal cases against Justice Department personnel in recent years have involved federal prison workers, who account for less than one-third of the department’s workforce. Of the 41 arrests this year, 28 were of BOP employees or contractors. The FBI had just five. The Drug Enforcement Administration and the Bureau of Alcohol, Tobacco, Firearms and Explosives each had two.

The numbers highlight how criminal behavior by employees festers inside a federal prison system meant to punish and rehabilitate people who have committed bad acts. The revelations come as advocates are pushing the Biden administration to get serious about fixing the bureau.

In one case unearthed by the AP, the agency allowed an official at a federal prison in Mississippi, whose job it was to investigate misconduct of other staff members, to remain in his position after he was arrested on charges of stalking and harassing fellow employees. That official was also allowed to continue investigating a staff member who had accused him of a crime.

In a statement to the AP, the Justice Department said it “will not tolerate staff misconduct, particularly criminal misconduct.” The department said it is “committed to holding accountable any employee who abuses a position of trust, which we have demonstrated through federal criminal prosecutions and other means.” 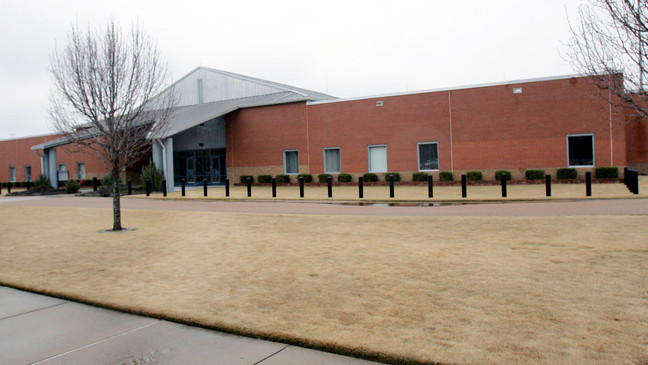 Federal prison workers in nearly every job function have been charged with crimes. Those employees include a teacher who pleaded guilty in January to fudging an inmate’s high school equivalency and a chaplain who admitted taking at least $12,000 in bribes to smuggle Suboxone, which is used to treat opioid addiction, as well as marijuana, tobacco and cellphones, and leaving the items in a prison chapel cabinet for inmates to retrieve.

At the highest ranks, the warden of a federal women’s prison in Dublin, California, was arrested in September and indicted this month on charges he molested an inmate multiple times, scheduled times where he demanded she undress in front of him and amassed a slew of nude photos of her on his government-issued phone.

Warden Ray Garcia, who was placed on administrative leave after the FBI raided his office in July, allegedly told the woman there was no point in reporting the sexual assault because he was “close friends” with the person who would investigate the allegation and that the inmate wouldn’t be able to “ruin him.” Garcia has pleaded not guilty.

Garcia’s arrest came three months after a recycling technician at FCI Dublin was arrested on charges he coerced two inmates into sexual activity. Several other workers at the facility, where actresses Felicity Huffman and Lori Loughlin spent time for their involvement in the college admissions bribery scandal, are under investigation.

Monaco said after Garcia’s arrest that she was “taking a very serious look at these issues across the board” and insisted she had confidence in the bureau’s director, Michael Carvajal, months after senior administration officials were weighing whether to oust him.

In August, the associate warden at the Metropolitan Detention Center in New York City was charged with killing her husband — a fellow federal prison worker — after police said she shot him in the face in their New Jersey home. She has pleaded not guilty.

One-fifth of the BOP cases tracked by the AP involved crimes of a sexual nature, second only to cases involving smuggled contraband. All sexual activity between a prison worker and an inmate is illegal. In the most egregious cases, inmates say they were coerced through fear, intimidation and threats of violence. 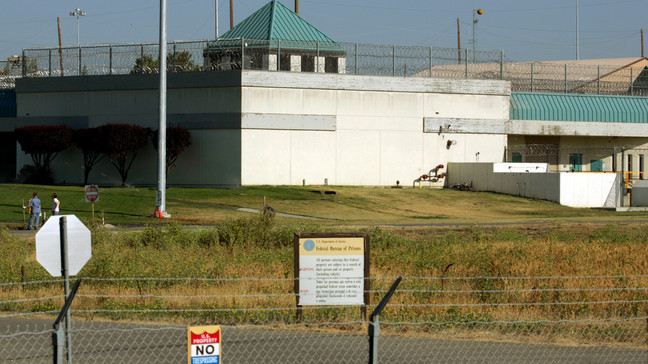 A correctional officer and drug treatment specialist at a Lexington, Kentucky, prison medical center were charged in July with threatening to kill inmates or their families if they didn’t go along with sexual abuse. A Victorville, California, inmate said she “she felt frozen and powerless with fear” when a guard threatened to send her to the “hole” unless she performed a sex act on him. He pleaded guilty in 2019.

Theft, fraud and lying on paperwork after inmate deaths have also been issues.

Earlier this month, three employees and eight former inmates at the notorious New York City federal jail where financier Jeffrey Epstein killed himself were indicted in what prosecutors said was an extensive bribery and contraband smuggling scheme. The Justice Department closed the jail in October, citing deplorable conditions for inmates. Last year, a gun got into the building.

One of the charged employees, a unit secretary, was also accused of misrepresenting gang member Anthony “Harv” Ellison as a “model inmate” to get him a lesser sentence.

The Bureau of Prisons, which houses more than 150,000 federal inmates, has lurched from crisis to crisis in the past few years, from the rampant spread of coronavirus inside prisons and a failed response to the pandemic to dozens of escapes, deaths and critically low staffing levels that have hampered responses to emergencies.

In interviews with the AP, more than a dozen bureau staff members have also raised concerns that the agency’s disciplinary system has led to an outsize focus on alleged misconduct by rank-and-file employees and they say allegations of misconduct made against senior executives and wardens are more easily brushed aside.

“The main concern with the Bureau of Prisons is that wardens at each institution, they decide if there’s going to be any disciplinary investigation or not,” said Susan Canales, vice president of the union at FCI Dublin. “Basically, you’re putting the fox in charge of the henhouse.”

At the federal prison in Yazoo City, Mississippi, the official tasked with investigating staff misconduct has been the subject of numerous complaints and multiple arrests. The bureau has not removed him from the position or suspend him — a deviation from standard Justice Department practice.

The same official was arrested in another instance when a different employee contacted the local sheriff’s office, accusing him of stalking and harassing her. The AP is not identifying the official by name because some of the criminal charges were later dropped.

In both instances, the victims said they reported the incidents to the prison complex warden, Shannon Withers, and to the Justice Department’s inspector general. But they say the Bureau of Prisons failed to take any action, allowing the official to remain in his position despite pending criminal charges and allegations of serious misconduct.

A bureau spokesperson, Kristie Breshears, declined to discuss the case or address why the official was never suspended.

Breshears said the agency is “committed to ensuring the safety and security of all inmates in our population, our staff, and the public” and that allegations of misconduct are “thoroughly investigated for potential administrative discipline or criminal prosecution.”